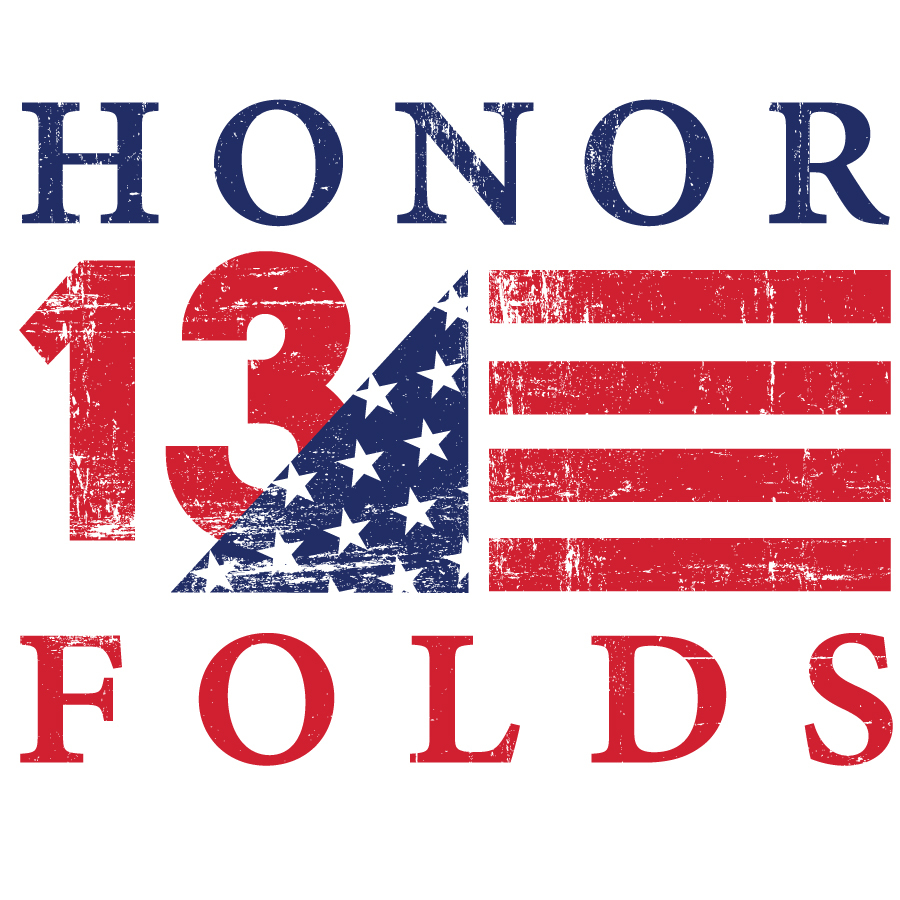 Canyon Creative was privileged to create the logo for Las Vegas-based Honor 13 Folds, a chapter of the national non-profit foundation Folds of Honor.

The organization’s mission is to “shine a light for a brighter tomorrow for the men, women and children that have lost loved ones who served our country, city, or state. Through grants, scholarships or needed services, with your help; we honor the legacy of fallen heroes’ families who stood up for our flag by protecting, defending, or saving lives.”

The Logo Design and Designer

Canyon Senior Designer Alicia Cobos was the mastermind behind the logo design. “I was excited to be part of this project and work on something so close to my heart. I have family members who have served in the military, as well as family members who lost their lives serving our country.”

The emotion felt when the honor guard presents loved ones the triangular, folded flag – with its 13 meaningful folds – is something you never forget.

“For the design, I wanted to create a logo that showcased our flag as it looks folded, but also desired to feature the entire flag with the iconic red stripes. It’s not the actual American flag, but rather a representation of its spirit,” Alicia continued.

“Adding the large “13” behind the folded flag graphic represents the number of times the flag is folded into the triangular shape. Featuring the weathered look was important because it depicts what the heroes of our country go through to protect our freedom. It is not clean or pretty, but it embodies a sense of indomitable courage, grit and the heavy price we pay for our liberty.”

About Folds of Honor

Folds of Honor has awarded 44,000 educational scholarships since 2007, 41% of all scholarships have been presented to minority recipients, with 91% of all donated funds going directly to the scholarships.

If you’re interested in donating to this deserving cause, visit the Folds of Honor Squadron page or for other ways to donate, visit the donation page. If you, or someone you know, is interested in applying for a scholarship see this page.

The Meaning of the 13 Folds of the United States Flag

This is what the 13 folds mean: