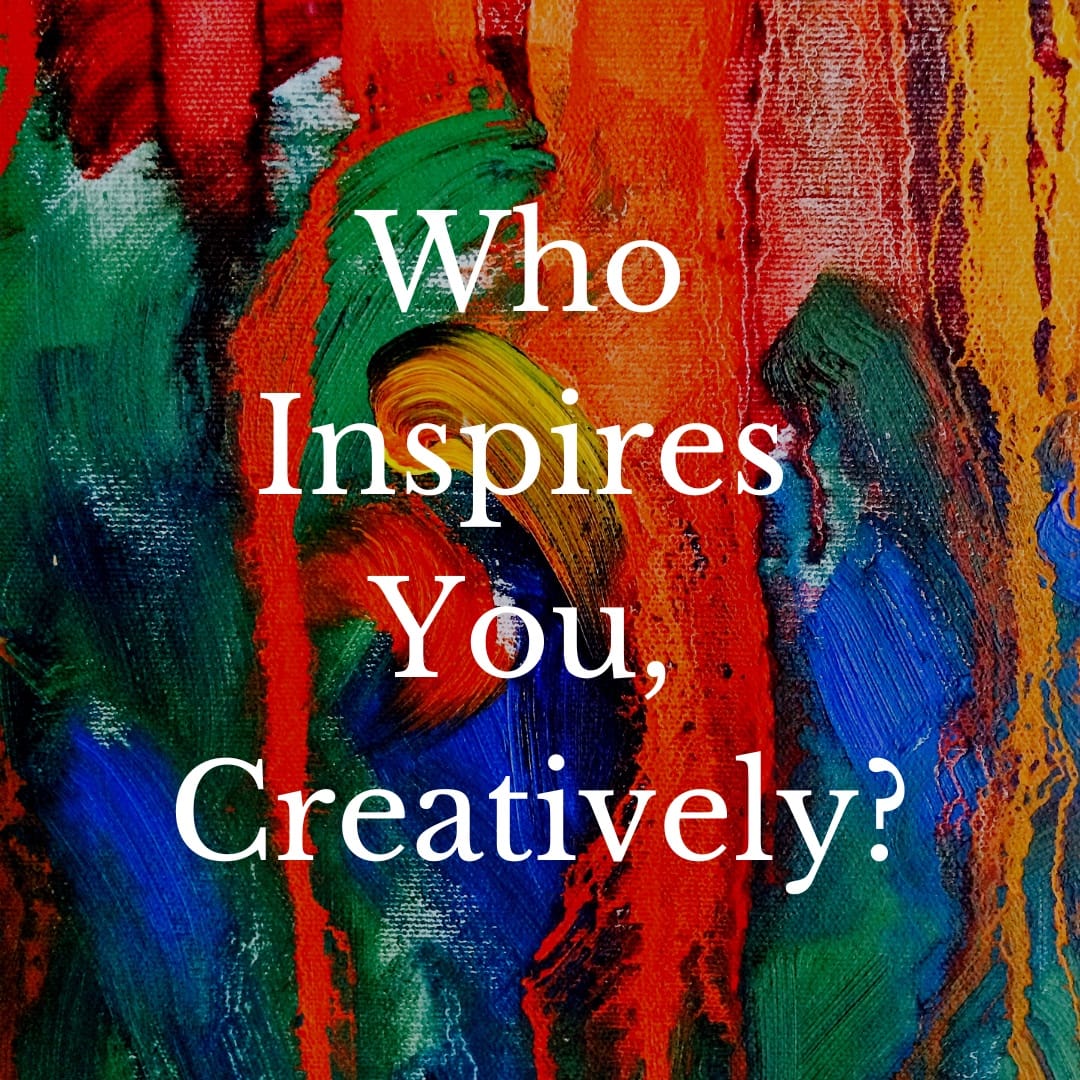 Every so often we ask the Canyon team a question. Here are the answers we received when we asked, “Who inspires you, creatively.”

Miles Johnston creates these thought- and emotion-evoking pieces that are like MC Escher’s work, but with a Salvador Dali surrealism-macabre twist. Even though the phantasmagorical and uncanny subjects, I connect with his art to the point of humorously saying, “Yeah, I know how that feels.” His exploration into complex emotions and pieces and the level of detail is galvanizing.

Paul Pape, of Paul Pape Designs, skillful creations are stunning pieces. I am enamored by his creative application and fabrication and thoroughly entertained by his own branded form of “edutainment.” Designing and crafting his custom collectible creations, like a functioning replica of The Mummy Key Of Hamunaptra to the custom, hand-crafted replica of The Princess Diaries leather locket-key book, make my inner nerd geek-out.

Patric Reynolds, taught me the limitless capabilities of creativity, whether it be in art or music. From his appreciation of Jimi Hendrix to the in-depth exploration of the creative facets. It is a rare few that art and creativity runs at a soul-deep level, and to have the talent and drive is unmeasurable. I venerate his motivational journey and dedication to becoming a comic book artist and cartoonist. His masterful ability to work with perspective and proportions brings his art to new levels of riveting while simultaneously being a true immersive page-turner. I wouldn’t have gone to college or be in the career I am if it weren’t for Mr. Reynolds. He showed me how creativity can change the world.

Debbie Millman is an inspiration for so many reasons. She embodies creativity at every level and shows that women can be at the top level for a design career – or any career. She’s a successful owner of an agency and communicates about design through unique mediums – including a podcast called Design Matters. I greatly respect her leadership and ability to successfully lead brands into the future. The podcast is a go-to for inspiration and gets me excited about making a difference through design. I had the honor to visit with her when she came to Las Vegas for the AIGA annual Awards Show that I had managed and organized. Debbie Millman is amazing.

My father was always a creative soul – though he would never tell you that, because he was also modest. When I was little, he would enchant me by drawing a wolf. It was always the same wolf – but slightly different and sometimes with a hat. I was so impressed by his ability to draw. When Dad retired, he got into woodworking and carving. He always drew his carvings first and then masterfully cut through the wood to make magical pictures. I respected his ability to stay organized and disciplined, but most of all, that he brought joy into his work.

Jen Simmons has a great YouTube channel, called Layout Land, and website where she explores the boundaries of CSS, the styling code of websites. With her graphic design background, she takes historical magazine layouts going back a hundred years and brings these designs to the webpage. Her own website does a great job of applying these designs in her Labs section. With how much CSS has evolved over the past few years, we can do so much more as compared to even five or 10 years ago.

Brad Traversy has a great channel of almost daily creative web development projects and tutorials. His approach makes it very easy to follow along and code with him. Lately, he has had guests that have brought even more creative projects and many “aha” moments occur.

Thomas Newman is a world-renowned film composer that I take a lot of inspiration from for my own music style. Some of his best work includes the scores to “American Beauty,” “Shawshank Redemption” and the World War 1 epic “1917.” I would describe his sound as ethereal and soulful. Film composing runs in his blood. Newman is the son of Alfred Newman, another Hollywood great film composer from a Golden Era (the “period of great happiness, prosperity and achievement”) that occurred between the 1910s to the early 1960s.

Leonardo da Vinci was born in Italy in 1452. That’s 570 years ago. He wasn’t just a Renaissance painter (famous for the Last Supper and Mona Lisa), he was also a sculptor, draftsman, writer, architect, engineer, cartographer and scientist. He also loved human anatomy and physiology and designed weapons and tanks, buildings and machinery. Leonardo produced studies on subjects including nature, flying machines, geometry, mechanics, municipal construction, canals and architecture. What fascinates me most are his incredibly detailed and illustrated notebooks. There are four main themes: painting, architecture, the elements of mechanics and human anatomy. The fact that he was a master of so much during his lifetime is mind-boggling, humbling and inspiring.

My children are 7 and 4 and they see the world for all its possibilities, curiosities and limitless expansiveness. I find inspiration in their ability to see things differently than an adult would, to see the magic in each small event. They remind me to be exhilarated by all life has to offer, even when it’s not what you would have planned for yourself. To see life through a child’s eyes.

Growing up in New York, I had the opportunity to visit Manhattan’s 57th Street art galleries and the many world-renowned museums in the city. In high school art class, I discovered and was influenced by the energetic aesthetics of Modern Art. One of my all-time favorite painters is Willem de Kooning. He was born in Rotterdam and moved to the United States in 1926. After WWII he painted in the style that became known as Abstract Expressionism and was part of a group of artists known as the New York School. Other painters in this group included Jackson Pollock, Elaine de Kooning, Lee Krasner, Franz Kline, Mark Rothko, Robert Motherwell, Clyfford Still and others. All of these painters inspire me. I have a deep respect for the complexity of how oil paint flows and blends, creating new colors, exciting compositions and depth. Melding elements from different eras allows me spontaneity and improvisation that’s become my signature style when I paint.

In the early ‘80s, I had the good fortune to meet Woody Pirtle at an event in Boston, MA where he showed his graphic design work. Slide after slide and story after story his work was so clean, clever and inspiring. He was the epitome of the type of graphic designer I aspired to be. Woody’s work has been exhibited worldwide and is in the permanent collections of the Museum of Modern Art and Cooper-Hewitt National Design Museum, both in New York City, the Library of Congress in Washington, DC, The Albany Institute of History and Art, The Denver Art Museum, the Victoria & Albert Museum in London, the Neue Sammlung Museum in Munich, and the Zurich Poster Museum.

Long ago, as a young man, I was trying to find my way in the art world — should I be a painter (my true passion), an illustrator or a graphic designer? I attended a Society of Illustrators workshop geared toward young people to teach them the business of art. This is where I met renowned painter Robert Heindel, now described as “The Degas of our time.” Princess Diana was a big fan of his work as well as Prince Takamado of Japan. For me, his work has inspired me to explore emotion and expression through my oil paintings.